Enough with this vegan parent baby killers thing already. I probably get 10 angry emails a day about it, all of which I ignore along with the emails about canine teeth, lack of protein and instructions directly from god to eat meat. But this op ed piece by Nina Planck really bugged me. I wrote a response to it elsewhere, but I'm posting it here for good measure.

For starters, Nina Planck, is not a doctor or even a nutritionist. She is a business woman whose business is selling meat and dairy to people, including her book about why meat and dairy are good for you.

There are plant sources for DHA yet she chooses to omit that fact. She does say that plant sources for essential amino acids are "inferior in quantity and quality" but offers no evidence of this. Probably because there is actually no evidence of this. Humans can synthesize enough DHA from eating plant sources rich in Omega-3s, like flax seeds. So if the mom is eating her omega-3s and breast feeding, DHA levels should be sufficient and free of mercury and other toxins that a fish-heavy diet would surely contain. However, I'm not a doctor, so here is an article about vegan pregnancy and infancy by someone who is.

She says that this has happened three times in four years, but I can think of only one other case where the parents actually were actually feeding their child cod fish liver oil and so this seems to directly contradict Nina's assertions that fish oils would have saved the baby. It also contradicts the very notion that this baby was fed a vegan diet.

Finally, I just want to add some anecdotal evidence into the mix. The vegan children that I know have all been vibrant, happy and healthy. If anything good can come of this recent tragedy it will be that some responsible reporter somewhere in the world will decide to do a story about them. 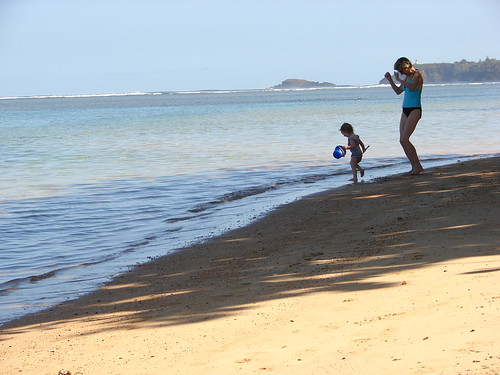 Who are these elusive happy, healthy vegan mom and baby?
Collapse