There you have it, the title of our new cupcake book "Vegan Cupcakes Take Over the World." Terry and I have been baking cupcakes non stop. Somehow I gained 10 pounds and she has gained none. I guess it’s a testament to how hard I’ve been working and how much I believe in the cupcakes. It will be out in the Fall of  '06.

Here's a preview of some of the cuppers! 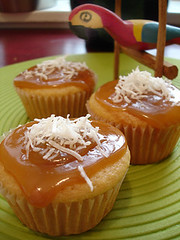 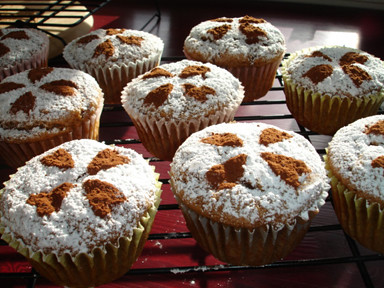 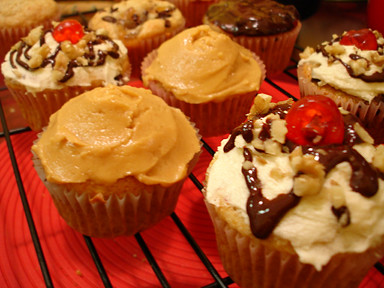 You may also have seen some photos over at Vegan Menu that are similar (only better) because the very talented Tofu666 is one of our cupcake testers.

Edit - I accidently wrote Fall '07, it's actually Fall of this year! Fixed!
Collapse